In 2017 the Peckham Weeklies and photographer Alexander Christie published the photo zine Old Kent Road a place of industries.
Copies are still available at the South London Gallery bookshop. 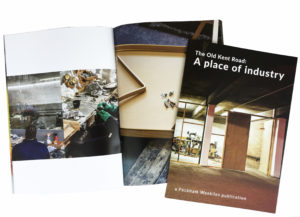 In 2014 Peckham Codesign Weekly magazines were produced as part of a Southwark Council funded Codesign initiative around Peckham Station Square. We found them an ideal vehicle for harnessing local interest and volunteer engagement in exploring and interrogating what matters to Peckhamites about where we live, but we have continued their production long after the Codesign initiative ended, late in 2014.

We focused on key areas such as culture, nature, history and play. With each topic we aim to throw the net wide to include all sections of the community and draw on the knowledge and enthusiasm of both long term residents and new arrivals. In this way, we enhance collective awareness while highlighting individual voices.

Though the frequency is ‘occasional’, rather than ‘weekly’ (all of the work is volunteered in peoples’ spare time), we are committed to continuing in our publishing activities, while adding new outlets such as events (see our London Festival of Architecture event), in the interests of deepening our understanding of what makes a place resonate with its inhabitants. 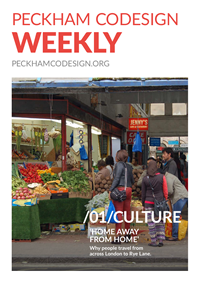 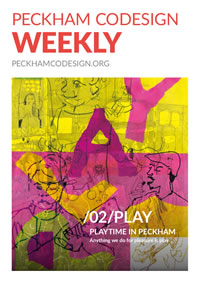 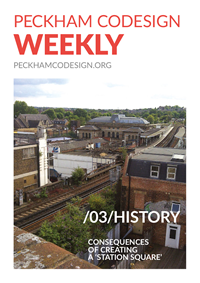 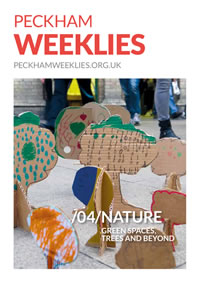 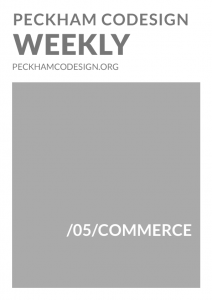 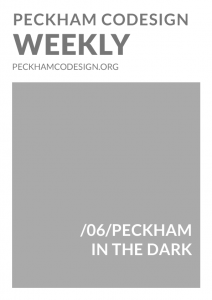