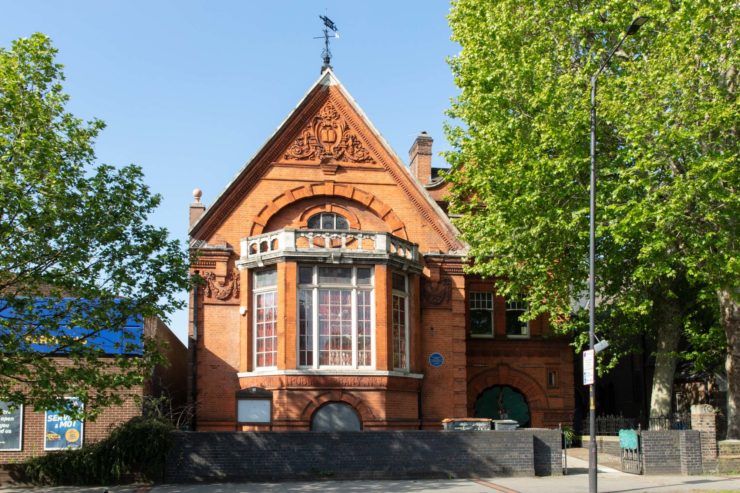 “The building was commissioned by George Livesey in 1890 as a library for workers of the local gasworks and later entrusted to the people of the old parish of Camberwell, extending as far as North Dulwich.  The building was bomb damaged in the 1940s (the bomb was intended for the nearby gasworks, but missed).  All of the books from the library were transferred to other libraries in 1966, and in 1974 the building was regenerated as the Livesey Museum for Children and was a much loved part of many children’s lives up until 2008.”

The building is now home to Treasure House, a specialist education centre supporting young people who struggle in mainstream schooling.

On the 16th and 17th of June 2018 Action OKR/Peckham Weeklies held their workshop event ‘Planning Action OKR’ at the Treasure House as part of LFA 2018. During the two-day workshop urban design professionals worked with local residents, businesses and members of the public to initiate creative responses to the area’s key contested development sites. Over the workshop a giant model was constructed of one of the development sites depicting existing structures, proposed buildings and suggested design alternatives. These alternative designs investigated how industrial and commercial use can be combined with housing and communal spaces offering exciting alternatives for the area that both relate to its current identity, and that seek to inspire future planning. The event was a collaboration between architecture practice what if: projects, London Metropolitan University’s Cass Cities programme and Cass Architecture Studio 8, local business association Vital OKR, community group Peckham Weeklies, Livesey Exchange workshop, Treasure House and Southwark Council.

Find out more about Treasure House here and more about the building here.

Find out more about the former Livesey Museum for children and see images of their previous events and projects here.