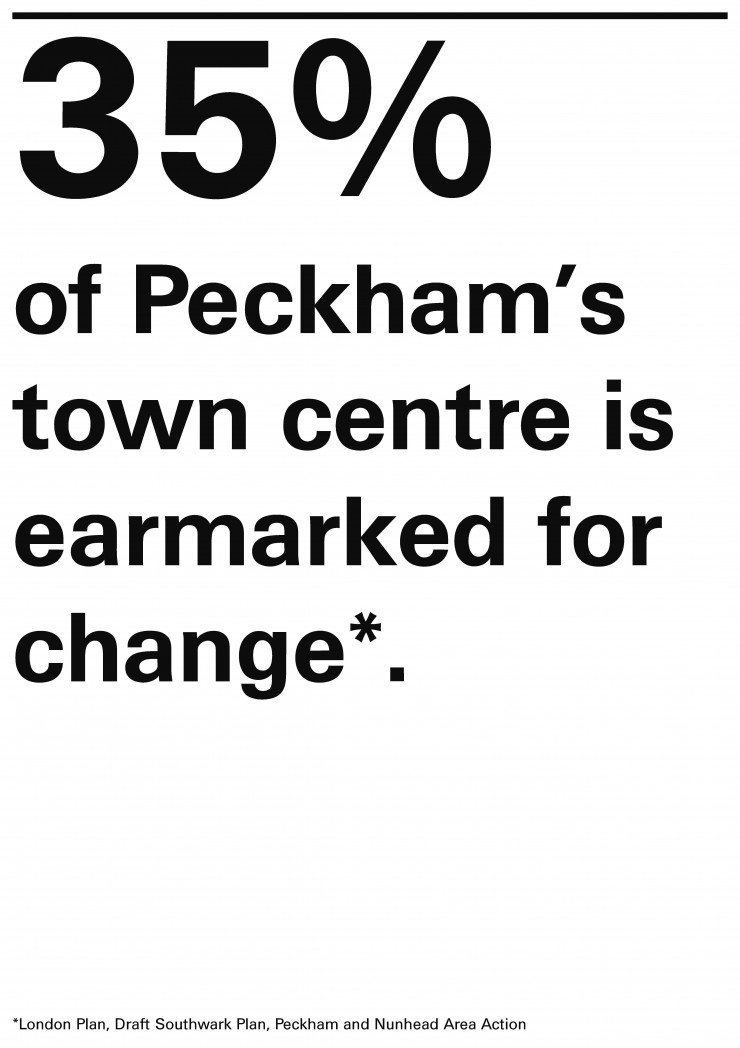 There are currently nearly 30 sites around central Peckham – shops, squares, car parks, garages, cafes and forecourts – that have been designated as ripe for development in a map released by Southwark Council in its latest New Southwark Plan. All the spaces are coloured in orange. The sites don’t have names, just designations – initials and numbers. Southwark’s intentions may not be to demolish all of them but the Council has stated clearly that central Peckham is ‘appropriate’ for multi-storey buildings, of up to 20 floors.

The National Planning Policy Guidelines clearly state that in order to accept that an area is in need of development, a proper audit of the existing businesses there now needs to be conducted. However, academic and local investigations into the businesses along Rye Lane reveal a rich network of thriving ventures that do much to support each other and the surrounding community.

Change is inevitable but, as Peckham Vision co-ordinator Eileen Conn says: ‘Spending public money to demolish and replace a thing that is already regenerating is ludicrous.’ 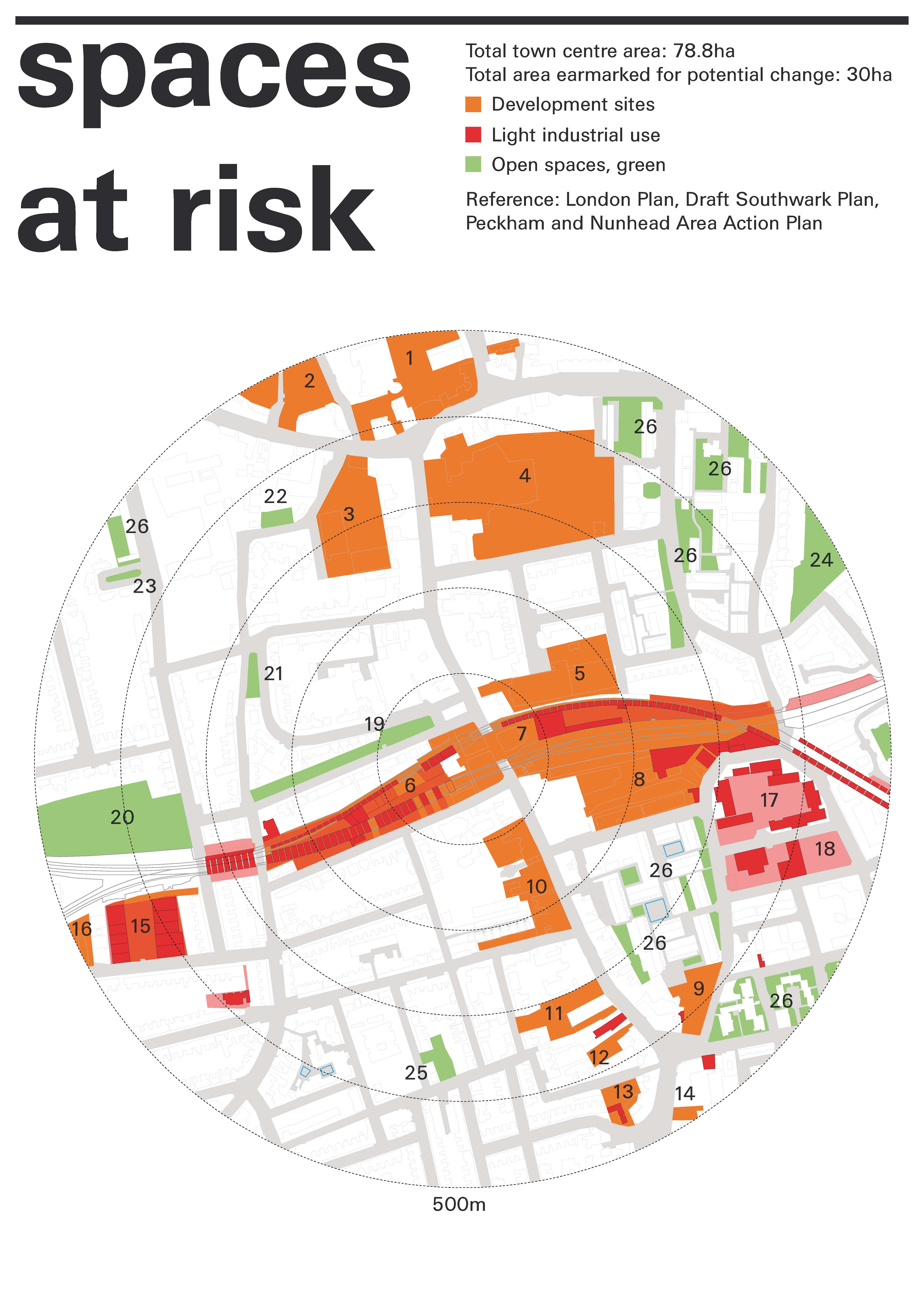